When I was taking my English degree in university, I had this particular English class that had more guys in it than usual. Normally, English classes are chock full of women, but this one had a few different guys, and I met one who started dating. We’ll call him Alpha Guy.

Now, the word “alpha” should be taken with a grain of salt because this was, after all, an English lit course. All the guys I ever met in English Lit courses were brainy and bookish. Well, Alpha Guy was brainy and bookish, but also tall and muscular. There was instant chemistry, and we started dating.

Now, there was another guy in the class who’ll we’ll call Sweet Guy. He was thin, short, way smarter than the rest of us, and totally interesting. But not as someone I wanted to date. He was shorter than me and of a pretty thin build. I could probably have bench pressed him. He had been really nice to me that semester, but I didn’t think of him as anything more than “that guy who will get an A+ on our next paper.”

Alpha Guy ended up being a massive jerk. We won’t get into that, but before I clued in to exactly how unworthy of my time he really was, he stood me up. We’d made a plan to meet in a certain building at a certain time after our classes were over, and I went there, but he never showed up. I waited and waited, and started to feel stupid.

“Are you waiting for Alpha?”

SG: “How long have you been waiting?”

SG: “I gotta tell you… I’d never keep you waiting like that.”

Then he looked me in the eye, gave me this small smile, and walked out. Didn’t turn back. Just walked away. And Sweet Guy suddenly became a whole lot more interesting!

I ended up dumping Alpha Guy (and good riddance!), and Sweet Guy probably went on for his PhD. I don’t know. But I hope he found someone amazing who melted for him and saw the passionate man under that reserve. He deserved that.

Eventually, I would meet Perfect Guy–muscular, sweet, smart, totally in love with me and still is to this day. He wasn’t an English Lit guy, either. He was a computer guy. I married him. ❤ 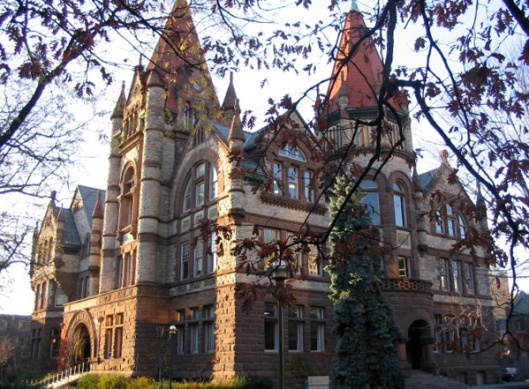